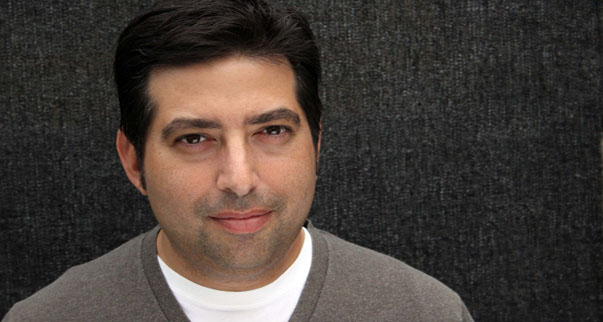 An Evening with Tod Goldberg

Tod Goldberg is the New York Times bestselling author of over a dozen books, including the novels The House of Secrets (Grand Central), which he co-authored with New York Times bestselling author Brad Meltzer, Gangsterland (Counterpoint), a finalist for the Hammett Prize, Living Dead Girl (Soho Press), a finalist for the Los Angeles Times Book Prize, Fake Liar Cheat (Pocket Books/MTV), and five installments of the popular Burn Notice series: The Fix, The Endgame, The Giveaway, The Reformed, and The Bad Beat. He is also the author of two prize-winning story collections, Simplify, which was finalist for the SCIBA Award for Fiction and Winner of the Other Voices Short Story Collection Prize, and Other Resort Cities, both published by OV Books. His books have been translated into German, Italian, Dutch, Bulgarian, Hungarian, French, and published throughout the United Kingdom and Australia.

His essays, journalism, and criticism have appeared in numerous publications and anthologies, including the Best American Essays, Los Angeles Times, Los Angeles Review of Books, Wall Street Journal, and Las Vegas Weekly, among many others, and have earned five Nevada Press Association Awards for excellence. Tod is also the cohost of the hugely popular podcast Literary Disco, along with Julia Pistell and Rider Strong.

Tod Goldberg holds an MFA in Creative Writing & Literature from Bennington College and directs the Low Residency MFA Program in Creative Writing and Writing for the Performing Arts at the University of California, Riverside. He lives in Indio, CA with his wife, the writer Wendy Duren. His next book, a sequel to Gangsterland, will be released in Fall 2017.