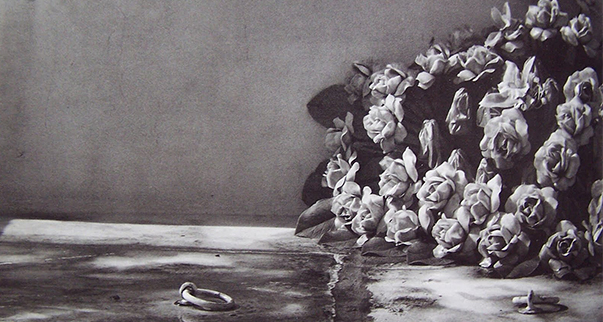 (Re)assessing the Malleable Canon of Visuality

Although the term canon implies rigidity, internal and external pressures have often forced canons to be reevaluated and reformed.  A look at art and objects a global scale, from past to present, inevitably reveals the complexity as well as the exclusionary equality of canonicity.  As such, a canon can be shown to have a malleable nature, one that yields or resists challenges to authority.  Because the concept of a canon in relation to visuality permeates a wide variety of disciples, this multidisciplinary conference seeks explore the relationship between canonicity and the arts, in any of its forms, within an expanding global context.

Giorgio Vasari, the author of The Live of the Most Eminent Italian Architects, Painters, and Sculptures, is commonly regarded as one of the "fathers" of art history.  Vasari's sixteenth-century project aimed to document the technical progress of artists over time and establish the superiority of Florentine art, thus constructing the first canon of art history.  As discourses about aesthetics, representation, and politics developed, scholars and artists alike began to question and challenge the seemingly purposeful exclusion of various identity groups from discussions of the visual arts.  Investigations of the canon, however, are not limited to who is included or excluded.  Rather, the inclusion and valuation of media in also an important topic to address.  Consider, here, the perceptions of photography upon its invention in the early 19th century.  These examples, while not exhaustive, serve to demonstrate our interest in the malleable nature of the canon within the context of the arts.

Some of the questions we seek to address include: What role(s) does the canon play within a globalized art history or study of the arts?  What are the implications of reevaluating the canon? Who, or what, determines the canon? How does the canon demonstrate points of intersection and divergence among academic disciplines?  How does an examination of the canon illuminate historical and ideological shifts?  How have its parameters shifted as the discipline of art history has changed?  Approaches of these questions could com in the form of fine art, historical objects and documents, art history, fashion, design, architecture, visual culture, literature, religious objects, artifacts, and many more.

We are also extremely honored to host Spring 2015 Getty scholar and professor at Universidad do Estado do Rio de Janeiro, Dr. Rafael Cardoso, as this year's keynote speaker.