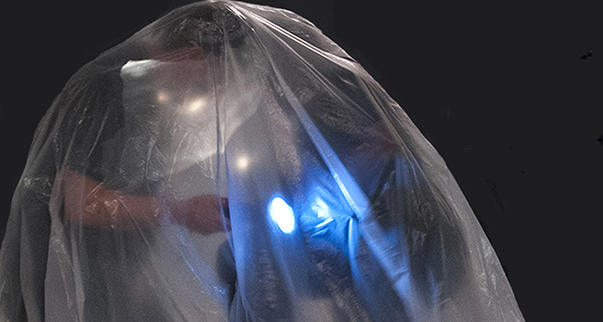 
Admission is free to the public

Transceiver is a collaborative performance by artists D. Hill and Takeshi Kanemura. The performance is a response to the revolutionary changes in the 1980s music scene particularly the cultural exchange between the United States and overseas. Hill and Kanemura transforms the Culver Center’s Black Box Studio into an interactive environment to explore the shifting power between art makers and consumers. Utilizing a set of gestures and audio compositions, the artists introduce and integrate their viewers into simulated club cultures in the US and in Japan.

Transceiver is part of the series, Performance Killed the Video Star in conjunction with the exhibition SECOND WAVE: Aesthetic of the 80s in Today’s Contemporary Art. It is organized by UCR ARTSblock and is curated by Jennifer Frias, Curator, Culver Center of the Arts + Sweeney Art Gallery. Support provided by UCR’s College of Humanities, Arts, and Social Sciences (CHASS), and the City of Riverside.