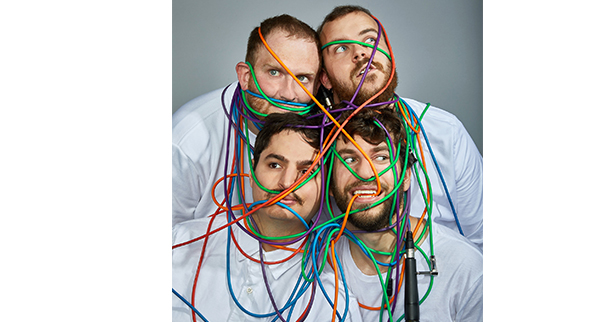 
A massive force of percussion and electronics, The Kraken Quartet is a genre-crossing group known for its highly energetic and engaging performances. Since their formation in 2012, the Austin-based group has been heralded for merging elements of math rock, minimalism, indie, post-rock, electronica, and the avant-guarde. The Kraken Quartet has been featured on festivals and broadcasts including South by Southwest, Fast Forward Austin, Audiotree Live, Austin Instrumental Music Festival, WNYC, SoundSpace, and more. Their debut full-length album Separate | Migrate, is available now.

The Kraken Quartet is Chris Demetriou, Andrew Dobos, Taylor Eddinger, and Sean Harvey. The group is proud to use Vic Firth stick and mallets, and Grover Pro Percussion and Hammerax instruments.