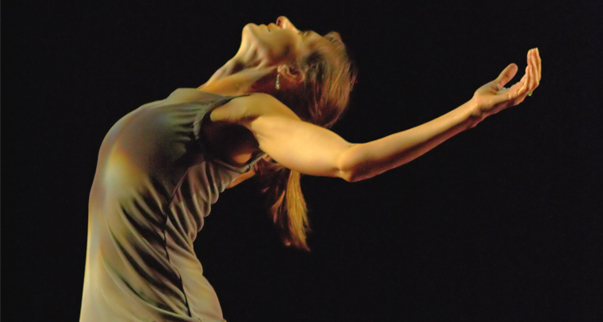 for piano, live-electronic sounds and dance


Gary Barnett, piano
Faith Jensen-Ismay, dance
Paulo C. Chagas, live electronics
Iconic Polyphony, a work for piano and live-electronics by Paulo C. Chagas, was composed for the exhibit "Icons in Transformation" by the Russian artist Ludmila Pawlow and performed by Gary Barnett at that All Saint's Episcopal Church in Riverside in December 5, 2015. The current version is a new premiere of the work that includes a new choreography conceived and performed by Faith Jensen-Ismay.
Iconic Polyphony tries to capture the forces underlying the spiritual universe of Ludmila Pawlow's artworks that offer a contemporary vision of the transformative power of the traditional Russian icons. The piece articulates a plurality of musical events occurring at different temporal levels combining acoustic sounds of the piano with live-generated electronic sounds. The score proposes a modular structure in seven parts, each part consisting on three different layers. For each layer there are five different possible versions of the same material, whereby the pianist is free to choose one version or to combine different versions. The composition for piano creates polyphony by exploring a reduced material based on the concept of "harmonic networks", which consists on a set of three-dimensional intervals with specific harmonic qualities. The electroacoustic sounds are short impulses shaped by filters and delays; they share the harmonic qualities of the "harmonic networks" that organizes the piece. The acoustic sounds of the piano and the live generated electronic sounds complement each other in a stream of musical objects and resonances recalling iconic associations and links between the past, the present and the future. The performer should develop "iconic" gestures to emphasize this multi-layered flow of acoustic and electro-acoustic events. The music of Iconic Polyphony aims to unleash a imaginative power that connects the senses of hearing and seeing and engages the whole body in the process of creating meaning. Faith Jensen-Ismay’s choreography is reflective of the music, images, and natural human connection.
Gary Barnett is presently a music faculty member at the University of California, Riverside and holds a Ph.D. in historical musicology from the University of California, Riverside, as well as a DMA in piano performance from the University of Kansas. Lately Dr. Barnett has been working with composers from various electronic studios in the United States and Europe with experimental music with piano and computer and live audio/video. This past year, he has premiered new works for piano and electronics in various new music festivals and concert series including Paulo C. Chagas, Liviu Marinescu, Martin Jaroszewicz, and Alvaro Lopez. Publications and presentations at symposiums and conferences include the 2015 Enescu Symposium and Festival and the 2015 Festival of New Music (SIMN) at the National Conservatory of Music, Bucharest.
Apart from piano and electronic music, Barnett has performed as a keyboard soloist and collaborative artist throughout the United States, Latin America, and Europe, with recent performances throughout Southern California and Central Europe, including The Culver Center for the Arts, Riverside, California, and the George Enescu Palace in Bucharest, Romania. Previous master classes and lecture-recitals include the Royal Academy of Music in London, Saint George’s School in Rome, the Nanyang Academy of Arts in Singapore, and the National Conservatory of Music in Quito, Ecuador. Following a guest appearance with the Pasadena Symphony, the Los Angeles Times described Barnett as a “thoughtful and meditative piano soloist.”  The Salt Lake Tribune (Utah, USA) has capitalized Barnett’s talent as being “a virtuoso of the highest order.”
Faith Jensen-Ismay is the Executive / Artistic Director  of Mojalet Dance Collective, and serves on the dance faculty at SD Mesa College. She has an extensive history as a dancer, teacher, and choreographer working throughout the entire county of San Diego and beyond. She is a founding Director of Mojalet (in 1991) with Mary Neuru, and Linda Zambrano.  She became the Artistic Director in 1997, presenting her work and performing in Mexico, Switzerland, London, France, and Germany, and Mediterranean Countries as well as the East and West Coasts. Faith spent 22 years teaching dance at the college level at San Diego State University, University of California at San Diego, Palomar Community College, and the San Diego Community College District.  Faith has been offering educational dance residencies to youth throughout San Diego County for over 20 years through Arts Education, Young Audiences and Mojalet Dance Collective.  Currently, Faith is part of the dance faculty at Mesa College and offers classes through Mojalet in Rancho Bernardo at "The Vine" (Mojalet’s training and performance venue), and Arts for Learning of San Diego. http://www.mojalet.com

Support has been provided by UCR College of Humanities, Arts, and Social Sciences (CHASS) and the City of Riverside