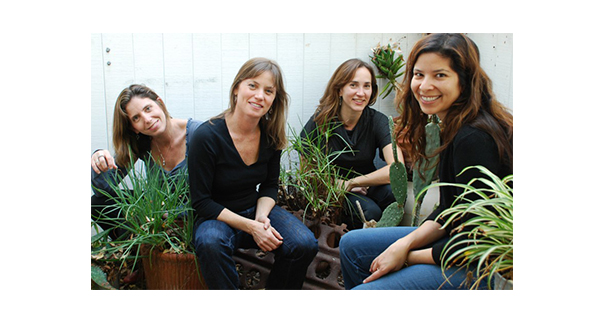 
The Eclipse Quartet is an ensemble dedicated to the music of twentieth century and present day composers. The scope of their repertoire spans works from John Cage and Morton Subotnick to collaborations with the singers Beck and Caetano Veloso. Eclipse has the versatility to cross genres from works that include electronics and computer processing to the jazz compositions of Grammy award winning pianist Billy Childs.  The Quartet has performed frequently on both coasts and has participated in festivals such as the Look and Listen Festival in NYC, the Festival for New American Music in Sacramento, the Scarlatti Festival in Naples, Italy, the Martha’s Vineyard Chamber Music Festival, the Angel City Jazz Festival and the Hear and Now Festival in Los Angeles.

Eclipse has recorded the string quartets of Zeena Parkins for the Tzadik label and Morton Feldman’s epic Piano And String Quartet piece with pianist Vicki Ray on Bridge Records. In June 2013 Eclipse released a disc of three works for percussion and string quartet with percussionist William Winant on New World Records as recipients of the Aaron Copland Fund for Music Recording Grant. In Winter of 2014 the MicroFest label released Ruminations featuring Eclipse’s recording of Ben Johnston’s Revised Standards.

The Eclipse Quartet have been Artists in Residence at Mills College in Oakland California and at the historic artists’ retreat Villa Aurora in Los Angeles.