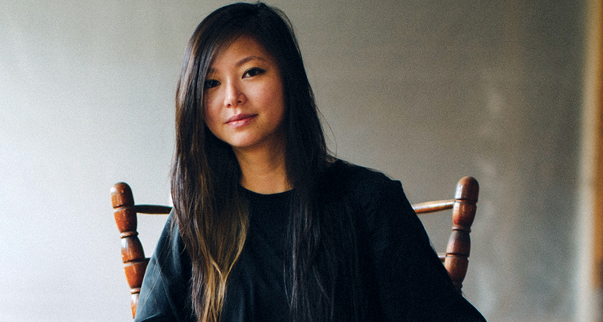 Canadian pianist Vicky Chow has been described as "brilliant" (New York Times), "a monster pianist" (Time Out New York) and "new star of new music" (Los Angeles Times). She is the pianist for the Bang on a Can All-Stars, piano duo X88 Grand Band, New Music Detroit, and has collaborated with other ensembles such as the International Contemporary Ensemble and Wet Ink Ensemble. Her latest recordings of Steve Reich's 'Piano Counterpoint' (Nonesuch) and Tristan Perich's 'Surface Image' (New Amsterdam Records) was included in the top albums of the year lists such as The Rolling Stone Magazine and Rhapsody. Her solo album AORTA (fall 2016- New Amsterdam Records), features six new works by American composers such as Rome prize winners Andy Akiho and Christopher Cerrone. Later this year, an EP of a solo piano work by Band on a Can founder Michael Gordon titled "SONATRA", will be released in I on Cantaloupe Music. As an artist frequently broadcasted on WNYC;s Q2 radio, her recorded work can be found on the 'Nonesuch', 'New Amsterdam', 'Tzadik', 'Cantaloupe Music', 'Innova', 'Hinterzimmer', and 'AltaVoz' labels. Interviews and articles featuring Ms. Chow were published in the Huffington Post, Gramophone, The New York Times, The Vancouver Sun, and many more. Her performances of Morton Feldman and John Cage were featured on BBC3's documentary series 'The Sound and The Fury', based on Alex Ross' book 'The Rest is Noise.'

Starting the piano at age 5, she was invited to perform at the age of 9 at the International Gilmore Music Keyboard Festival. She made her orchestral debut at the age of 10 with the Vancouver Symphony Orchestra and made her NY orchestral debut appearance at Alice Tully Hall with the Juilliard Symphony performing Bartok's Piano Concerto No. 1. Ms. Chow is a Yamaha Artist.