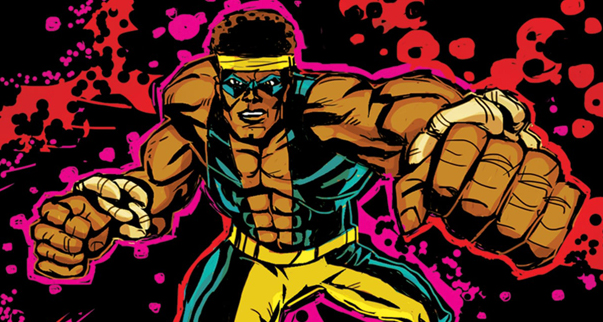 Twenty years ago, Marlon Riggs produced an essential documentary critique of the images of African Americans in US television in his award-winning Color Adjustment. Now comes a documentary on representations of Black masculinity in comic books; a popular culture genre which existed before television and whose reach extends into other areas of cultural production such as movies and animated TV series. White Scripts and Black Supermen: Black Masculinities in Comic Books analyzes the subject for the first time and looks at it over a 40 year period.

In a serious, lively and humorous manner, the film examines the degree to which some of the first Black superheroes generally adhered to and were burdened by stereotypes about Black men. However we also witness how some images shifted – oftentimes clumsily - to reflect the changing times. In fact the documentary was formerly entitled Shaft or Sidney Poitier: Black Masculinity in Comic Books to signify two types of characters, one with hyper-masculine urban swagger (Shaft) and one with remarkably “dignified” behavior (Sidney Poitier). Ultimately, it became clear that there was much more "Shaft" than "Sidney Poitier" in these early Black superheroes.

Along with images from the comic books themselves, it features commentary by scholars and cultural critics (Jelani Cobb, Mark Anthony Neal, Sundiata Keita Cha-Jua) producers, writers and artists (Reginald Hudlin, John Jennings, Tony Isabella and the late pioneer Dwayne McDuffie.) They provide tools for critiquing all media as they introduce and analyze the leading Black comic book superheroes of the late 60's to late 70's including Black Panther, the Falcon, John Stewart (the Green Lantern), Luke Cage and Black Lightning.

"Provides a truly provocative contribution to new and ongoing discussions about race, gender, class, and sexuality in America. An array of scholars shows that comic books and animation constitute a viable lens through which to read American race relations and black male representation in popular culture past and present. A valuable companion to Sterling Brown's Negro Characters as Seen by White Authors and Henry Louis Gates, Jr.'s TV's Black World Turns, but Stays Unreal." - Neal A. Lester, Arizona State University

"A valuable consideration of an under-examined legacy which moves beyond the BOOM, POW and ZAP of the form, this documentary richly details a socio-historical measure of how comic books have struggled and negotiated with notions of black masculinity. It offers a pedagogical opportunity to focus critically on the troubling tendencies and compelling ways in which race and masculinity have been conceived and rendered in an American popular art." - Michael Gillespie, Ohio University

"Provides a wonderful point of entry, invariably prompting wonderful conversations inside the classroom and beyond. The film pushes us beyond simply recounting this undocumented history but simultaneously complicating the many issues that define this history." - David J. Leonard, Washington State University

This screening is in conjunction with the exhibition UNCAGED: HERO FOR HIGHER.