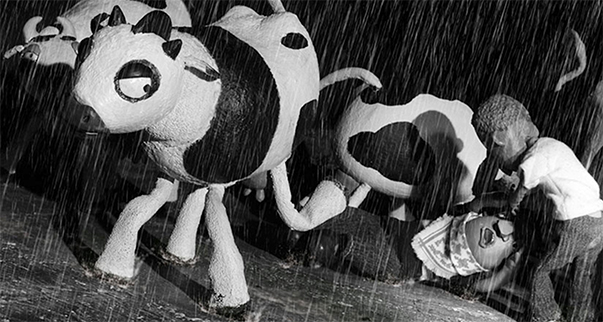 
“Only the tragically absurd Israeli-Palestinian situation could transform the simple act of milking cows into a perceived threat to national security, yet that’s the amazing story of Paul Cowan and Amer Shomali’s ingenious documentary, The Wanted 18. Mixing talking heads, a smattering of archival footage, and smile-inducing claymation, the helmers bring to life a time during the First Intifada when the Palestinian residents of Beit Sahour, in the Occupied Territories, started a dairy collective. Highlighting the ridiculous without losing track of the seriousness of all acts of resistance, the film should open minds thanks in part to Abu Dhabi’s best Arab documentary prize, spurring festival and targeted arthouse exposure.” Jay Weissberg, Variety.