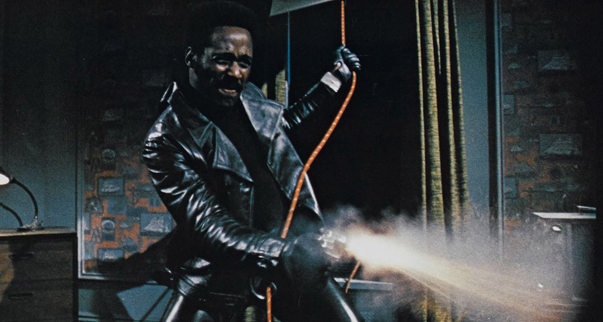 The mob wants Harlem back. But they're gonna get Shaft. Richard Roundtree stars as New York City private detective John Shaft. He's cool, tough and won't back down to anybody. But when the New York Mafia wants to take over the Harlem drug trade, they kidnap local crime lord Bumpy Jonas' (Moses Gunn) daughter. Now in the middle of a war between mobsters that's ready to ignite a racial tinderbox, Jonas hires the one man tough enough to get his daughter back - John Shaft.

"Forty years of gumshoe noir collided with black power in this 1971 action classic, the most popular of the blaxploitation pictures." - J. R. Jones, Chicago Reader

This screening is in conjunction with the exhibition UNCAGED: HERO FOR HIGHER.