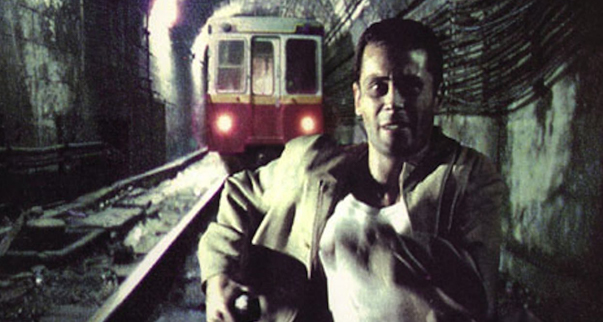 Mystery, mysticism, science fiction, religion and the politics of dictatorship are combined to intriguing effect in the intellectual Argentine thriller Moebius.

What makes this stylish film all the more remarkable is that it is the work of a group of advanced students at the Universidad del Cine in Buenos Aires, who created Moebius under the direction of one of their professors, Gustavo Mosquera.

The mystery surrounds the disappearance of an entire subway train and its passengers in the extensive underground system in Buenos Aires. The parallel to the disappearance of thousands of Argentines under the country's military dictatorship before the restoration of democracy in 1983 is inescapable.

Although the director general of the subway system reasonably seeks an answer to the train's disappearance, many of the bureaucrats assigned to the case by the police, the mayor's office and other arms of government would simply like to deny the entire affair. Little does it matter to them that the train can be heard but not seen, that it trips signals, disrupts traffic and poses the possibility of a fatal collision. The director general asks that the architect of the system help solve the problem, and the architect responds by assigning Daniel Prat (Guillermo Angelelli), a young topographer and mathematician, to the case.