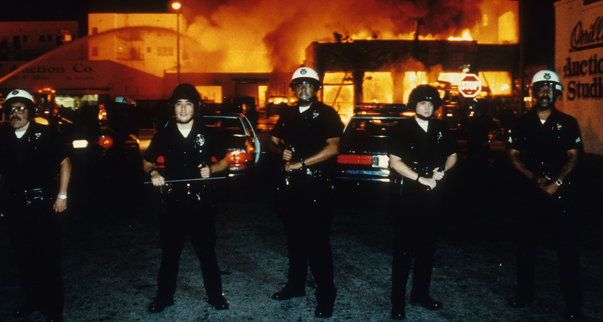 Twenty-five years after the verdict in the Rodney King trial sparked several days of protests, violence and looting in Los Angeles, LA 92 immerses viewers in that tumultuous period through stunning and rarely seen archival footage. Produced by two-time Oscar winner Simon Chinn and Emmy winner Jonathan Chinn and directed by Oscar winners Dan Lindsay and TJ Martin, the film looks at the events of 1992 from a multitude of vantage points, bringing a fresh perspective to a pivotal moment that reverberates to this day.