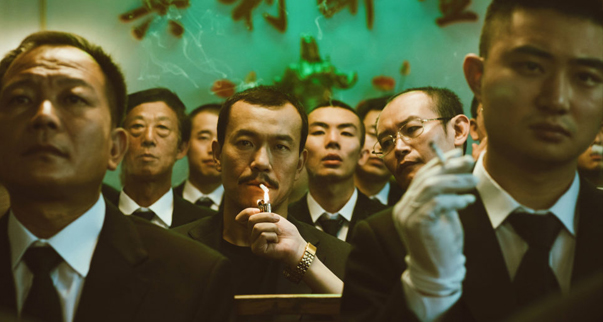 
A tragicomedy initially set in the jianghu-criminal underworld-setting, Ash Is Purest White is less a gangster movie than a melodrama. With a three-part structure, it begins by following the quick-witted Qiao (Tao Zhao) and her mobster boyfriend Bin (Fan Liao) as they stake out their turf against rivals and upstarts in 2001 postindustrial Datong before expanding out into an epic narrative of how abstract forces shape individual lives, and continues Jia Zhangke's body of work as a record of 21st-century China and its warp-speed transformations.

"Despite the grand scale, like all of Jia's works, Ash Is Purest White leaves questions of good and evil to the viewer-this isn't a philosophical story, but a personal one." - David Sims, The Atlantic

"Do not be gulled by the slow pace of Jia's stories; they are ceaselessly alive to his country's haste, as it rushes to erase and to construct, and his sympathies tilt to those uncertain souls who simply can't keep up." - Anthony Lane, New Yorker