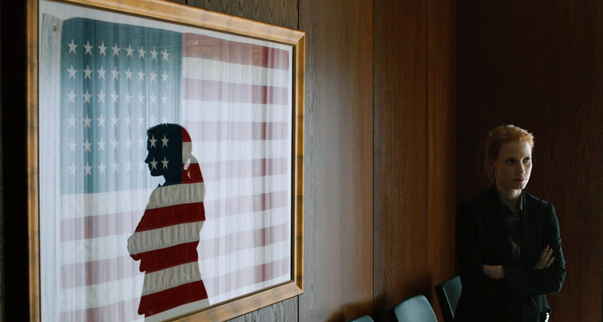 
Zero Dark Thirty is screened in conjunction with the CMP exhibition Geographies of Detention which is comprised of the Guantanamo Public Memory Project now traveling across the USA and selections of artwork by Sandow Birk, Richard Ross, Alyse Emdur and others.

The filmmaking duo behind The Hurt Locker takes on the hunt for -- and the killing of -- Osama bin Laden in this Annapurna Pictures production that tracks SEAL Team Six, the special-ops team who eventually brought down the terrorist leader. Animal Kingdom's Joel Edgerton heads up the cast.

"Zero Dark Thirty is an unconventional war movie about an unconventional war. It is already difficult to discuss it without discussing its attendant controversies. But judged purely on cinematic grounds, Zero Dark Thirty is a tour de force, and the best film of the year. Bigelow and Boal's prior collaboration, The Hurt Locker, was extraordinary. With Zero Dark Thirty the filmmakers bring the same meticulous eye and sense of harrowing immediacy to a story of vastly greater scope. Bigelow's direction is vital, controlled, and enthralling. With Zero Dark Thirty Bigelow and Boal have produced a powerful, morally complicated work on an urgent subject. It is a film that deserves that almost demands to be seen and argued over." - Christopher Orr, The Atlantic