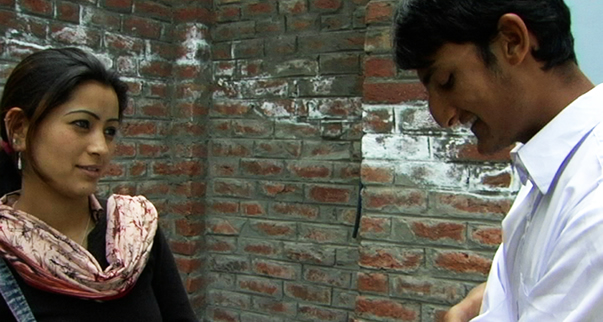 
In the tradition of hard-hitting neo-realist filmmaking comes Zero Bridge, the debut feature of Tariq Tapa, a US-born filmmaker of Kashmiri/Jewish-American descent. Having spent his childhood summers in India-controlled Kashmir with his father's family, he was committed to making a film of quotidian life, far from Bollywood fantasies and Western news reports of terrorism: Dilawar is a teenage pickpocket whose escape plans are complicated when he develops an uneasy alliance with a woman (herself fleeing an arranged marriage) whose passport he has stolen. Zero Bridge is a story of two young people's struggle to retain their humanity, despite poverty, the traditional culture into which they've been born, and the fatalism, sexism and casual cruelty of their families.

"Made for a song with a non-pro cast and DV camera gear out of his backpack, Tariq Tapa's debut feature shows the young Kashmiri-American as a filmmaker of enormous promise and precocious maturity." - Ella Taylor, Village Voice
Nominated Venice International Film Festival, 2008