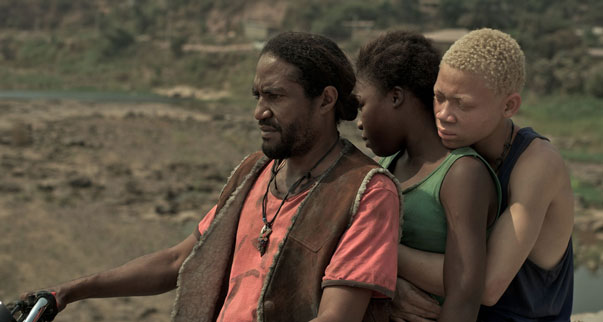 
Somewhere in Sub-Saharan Africa, Komona, a 14-year-old girl, tells her unborn child growing inside her the story of her life since she has been at war. Everything started when she was abducted by the rebel army at the age of 12.

“Set in sub-Saharan Africa, War Witch brings us shudderingly close to the life of a 12-year-old girl who lives peacefully in an isolated village until pillaging rebels order her to shoot her parents. Komona, beautifully played by Rachel Mwanza, who has never acted before, has no choice: If she refuses, the rebels will kill her and hack her parents to death. So begins her initiation into the atrocious world of a child soldier. What makes this more than a catalog of horrors is the possibility that, despite everything, Komona can be redeemed. Although she sees phantasms of the dead all around her, deep down she knows otherwise. She knows she is mortal. The film, in a sense, is about her two-year odyssey to lay her parents’ spirits to rest.” - Peter Rainer, Christian Science Monitor