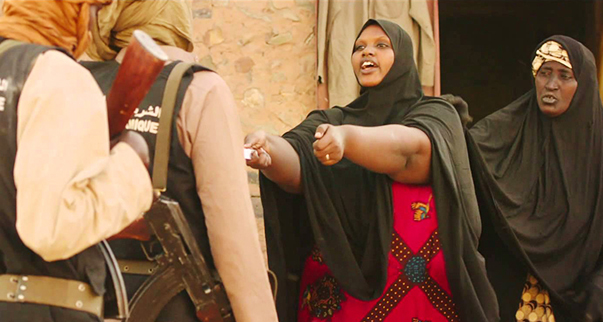 
Not far from the ancient Malian city of Timbuktu, now ruled by religious fundamentalists, proud cattle herder Kidane lives peacefully in the dunes with his family. In town, the people suffer, powerless, from the regime of terror imposed by Jihadists. Music, laughter, cigarettes, and even soccer have been banned. Kidane and his family are being spared the chaos that prevails in Timbuktu, but their destiny changes abruptly. “The film by internationally renowned director, Abderrahmane Sissako, is as visually poetic as it is quietly harrowing. The performances are hushed and memorable. Cinematographer Sofian El Fani captures the beauty of this desert land. And Amine Bouhafa’s score is its own act of gorgeous grace and defiance.” Lisa Kennedy, Denver Post.