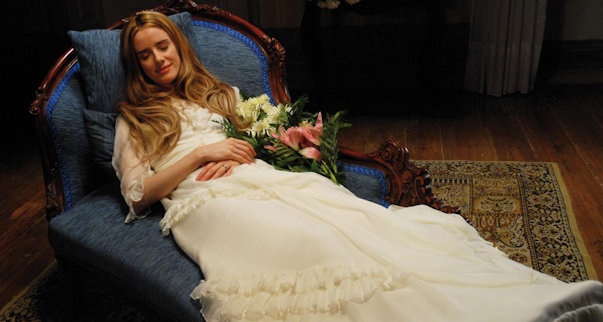 The Strange Case of Angelica


A young photographer, Isaac, is asked to photograph a recently deceased young bride. Just as he sets his camera and looks through the lens, the young woman appears to come alive.

Manoel Cándido Pinto de Oliveira, born 1908, and currently the world's oldest active film director, reaches to the world beyond for this story of mad love and self-consuming art.
"Because of his age and experience, de Oliveira brings a wider perspective to everything he shoots; if he places his camera in the middle of a street, he tries to convey the way it was decades ago, not just how it is now." - Noel Murray, AV Club
"While it is evidently the work of an artist with great stores of wisdom and a long view of history, it also has a playful, wry quality that can only be described as youthful." - A.O. Scott, New York Times
Official Selection, Cannes, 2010