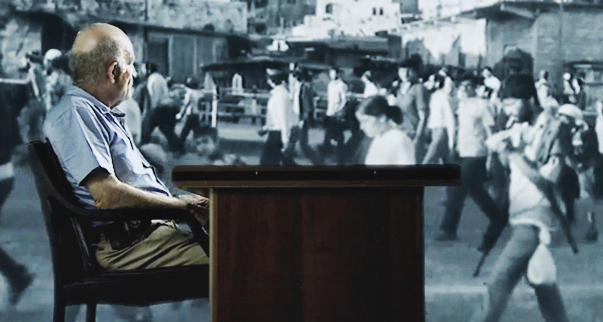 The Law in These Parts


The Law In These Parts explores the Israeli occupation through testimonies of the military legal professionals who were the architects of the system and helped run it in its formative years. The film attempts to ask some crucial questions that are often skirted or avoided: Can such an occupation be achieved within a legal framework that includes genuine adherence to the principals of rule-of-law? Should it? What are the costs that a society engaged in such a long term exercise must bear? And what are the implications of the very effort to make a documentary film about such a system?

"By keeping its focus admirably tight, the sober and sobering Israeli documentary The Law in These Parts presents a devastating case against the Israeli occupation. Investigating the legal system in the occupied territories, the film is an inquiry into justice. It makes a forceful argument: Justice and the occupation are incompatible. The director, Ra'anan Alexandrowicz, interviews only the lawyers and judges and generals who helped to create the laws. As a filmmaker, Mr. Alexandrowicz is self-conscious, almost as a matter of principle. 'This is the beginning of a documentary film,' he says at the start, and he continues to investigate the genre, pointing out its manipulations and elisions, just as he investigates the men he interviews." - Rachel Saltz, New York Times