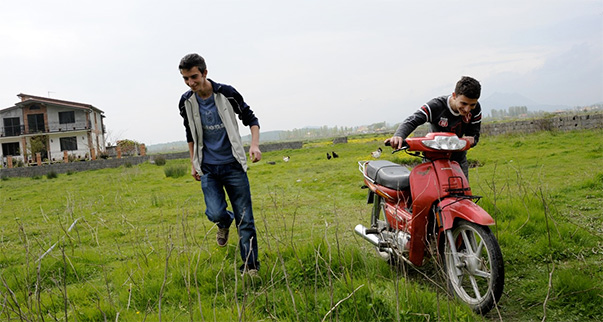 The Forgiveness of Blood


Centered in present-day Albania, a quarrel between neighboring families results in a murder. The ensuing blood-feud turns a son of one of the families into a target for retribution.

"Set in Albania and using a cast of mostly nonactors, The Forgiveness of Blood centers on the Kanun, a centuries-old Albanian code still in use today. When a simmering land dispute between two families boils over in an act of violence, the Kanun, which governs how such a crime must be atoned for comes into play. As his family's eldest son, Nik becomes a target of retribution. Until that debt is paid - through blood or otherwise - Nik is unable to set foot outside lest he be killed. It's in accordance with the Kanun, yet it's hard to take for a restless, hormonal adolescent, even one used to staying in touch with his friends through texting and social media. This is a tale of tribalism, set in a Facebook world." - Michael O'Sullivan, The Washington Post.