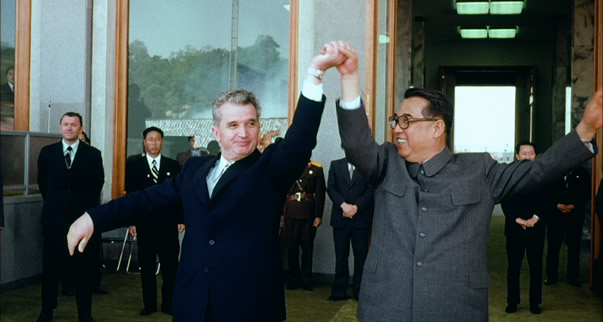 The Autobiography of Nicolae Ceausescu


Director Andrei Ujica poured over 1,000 hours of footage, including state propaganda, newsreels and home movies, to complete a film about the former Romanian dictator Nicolae Ceausescu. The resulting "avant-documentary" presents the story of Ceausescu's rise and fall as well as the history of the media manipulation that made it possible.

"Uses Soviet-era lies to uncover buried truths about its subject." - Ann Hornaday, Washington Post
"The Autobiography of Nicolae Ceausescu is all about created perception, and Ujica brilliantly manages to craft a film that is not just about a real character, but a formal reflection of its subject." - Ian Buckwalter, DCist
Offical Selection Cannes and New York Film Festival, 2010