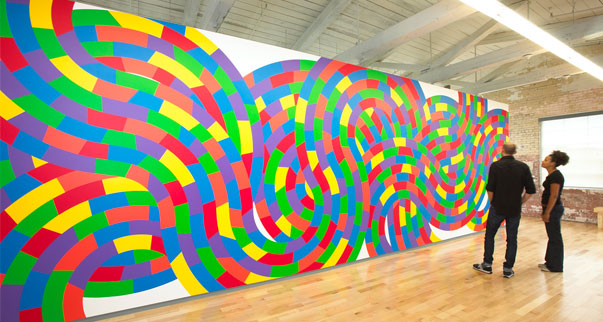 
Conceptual artists leap to conclusions logic cannot reach,” Sol LeWitt said in a rare audio-interview from 1974. Notoriously camera-shy, Lewitt refused awards and rarely granted interviews, yet in Chris Teerink’s sensitive cinematic portrait, the pioneering conceptual American artist comes alive. LeWitt’s artwork can be seen as obsession pushed to the limit of paradox and absurdity: simple ideas, communicated simply—often with a set of instructions sent by fax—lead to overwhelming visual and intellectual complexity. The film documents the installation of Wall drawing #801: Spiral in the Netherlands which takes eight assistants 30 days to complete. When the work is done and the scaffolding taken away, the result is transformative.