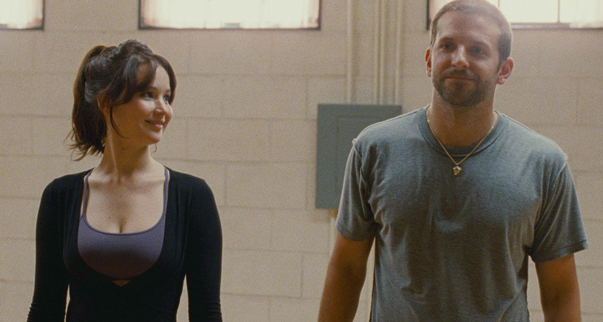 
Pat Solatano has lost everything - his house, his job, and his wife. He now finds himself living back with his mother and father after spending eight months in a state institution on a plea bargain. Pat is determined to rebuild his life, remain positive and reunite with his wife. When Pat meets Tiffany, a mysterious girl with problems of her own, things get complicated. Tiffany offers to help Pat reconnect with his wife, but only if he'll do something very important for her in return. As their deal plays out, an unexpected bond begins to form between them, and silver linings appear in both of their lives.

"Silver Linings Playbook is that rare film about characters with mental illness that manages to be quirky and sad and funny and charming all at once. Director David O Russell takes some serious themes and treats them with humor and wit. Russell's script, brimming with originality and unpredictability, gives the film's terrific cast - Bradley Cooper, Jennifer Lawrence, Robert De Niro - 'real' characters. Silver Linings Playbook, under its bittersweet exterior, explores family, second chances, and notions of what 'normal'. Relying on dark humor to tell what is eventually an upbeat story, the film quickly finds a place in your heart." - Rajeev Masand, CNN