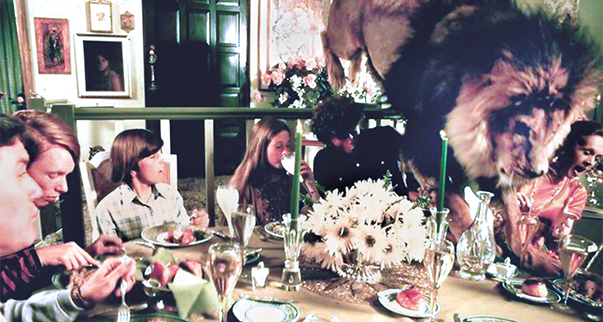 
“At LA’s legendary Cinefile Video, my favorite shelf is labeled Holy F***ing S***. There you’ll find discoveries that are beyond comprehension, movies so outlandish and surreal that you cannot fathom the divine providence that allowed such films to exist. Roar began while Tippi Hedren and husband Noel Marshall were shooting in Africa. After wrapping production they assembled a collection of animals at their Beverly Hills home. As their big cat collection rose to over 100 animals, they moved their family, which included step-daughter Melanie Griffith, to a ranch north of Los Angeles, and began shooting a story with 132 lions, tigers, leopards, cougars and jaguars, plus an elephant. What followed was five years of the most terrifying and dangerous filmmaking ever committed to celluloid.” Tim League, Drafthouse Films.