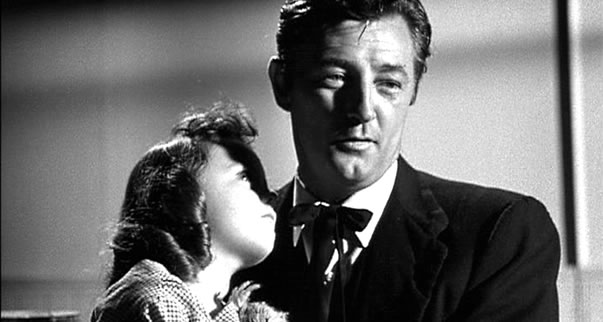 Night of the Hunter


Set in 1930s West Virginia, the classic thriller stars Robert Mitchum as Harry Powell, a serial-killer and self-appointed preacher who marries and murders widows for their money. After learning about $10,000 dollars that his condemned cellmate Ben Harper (Peter Graves) stole and hideaway, Powell seeks after Harper's wife and children to find the whereabouts of the money.

"Ultimately the source of its style and power is mysterious -- it is a film without precedents, and without any real equals." - Dave Kehr, Chicago Reader
"Though purely homegrown, Hunter contains no social critique -- the issues are elemental, the morality biblical, the trials Homeric. In terms of cinematic texture, it's a hound from hell." - Michael Atkinson, Village Voice