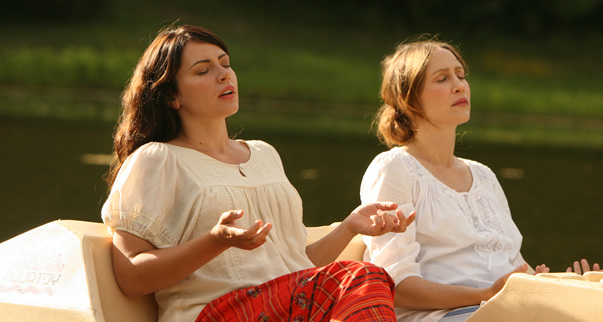 
Vera Farmiga's directorial debut depicts the landscape of a tight-knit spiritual community thrown off-kilter when one of their own begins to question her faith. The film tells the story of a thoughtful woman's struggles with belief, love, and trust.

"In the media and pop culture, the typical portrayal of Christian fundamentalists tends to err at the extremes, treating them and their beliefs with either an excess of reverence or too much mockery. Higher Ground is refreshing precisely because it finds a middle ground - in this spiritual community, there are no saints and there are no demons, no absolute wisdom and no complete idiocy." - Rick Groen,  Globe and Mail
"A dignified and graceful first-person account of how a belief system is created and sustained, and evolves." - Duane Dudek,  Milwaukee Journal Sentinel
Nominated Grand Jury Prize, Sundance Film Festival 2011