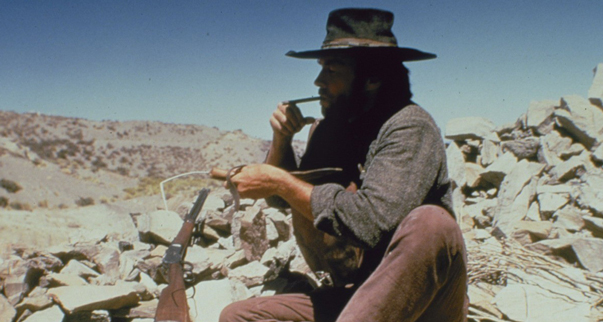 
The Man With No Name (Clint Eastwood) mysteriously appears out of the heat waves of the desert and rides into the lawless, sin-ridden town of Lago. After making a name for himself with a string of blazing gun battles, The Stranger is hired by the townspeople to provide protection from three ruthless gunmen just out of jail.

"The Western is America's most iconic film genre. The last great surge of Westerns, known evocatively as the anti- western came during the 'Nam era. Here, the stereotypes - good guy, bad guy, gunfight, hard-working frontier town -were interrogated right down to their amoral hypocrisy and pathological psyches, a process that no film underwent as explicitly as Clint Eastwood's High Plains Drifter. The film is a postmodern morality play, in which justice is served but no one is heroic or good at heart. Eastwood's mystery man is either a ghost, an avenging angel, or a walking-talking deus ex machina preparing to bring grief to an American frontier founded on bloodshed, capitalist greed, and immigrant exploitation." - Michael Atkinson, Turner Classics Movies