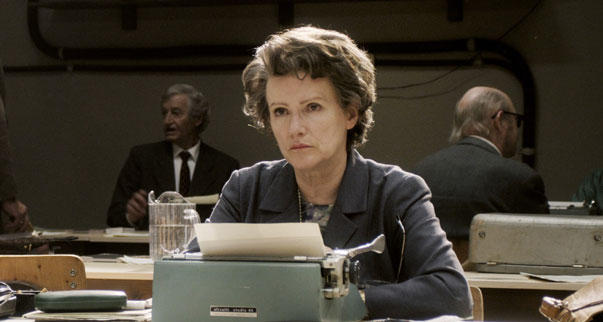 
Friday’s screening will be followed by a discussion between UCR’s Political Science faculty members focusing on the controversies surrounding Arendt’s idea of the ‘Banality of Evil’ and its implications for contemporary efforts to judge crimes against humanity.

Directed by Margarethe von Trotta and starring Barbara Sukowa, Hannah Arendt is a brilliant new biopic of the influential German-Jewish philosopher and political theorist. Arendt’s reporting on the 1961 trial of Adolf Eichmann in The New Yorker—controversial both for her portrayal of Eichmann and the Jewish councils—introduced her now-famous concept of the ‘Banality of Evil.’ The film uses footage from the actual Eichmann trial and weaves a narrative that spans three countries.