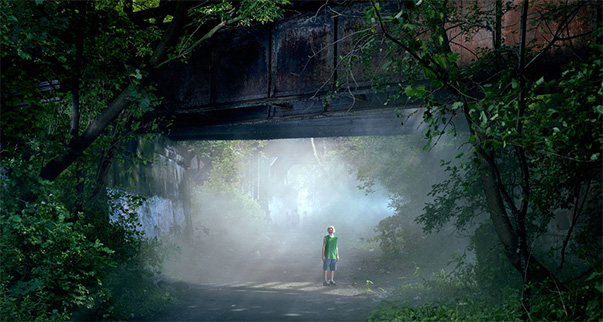 
Brief Encounters focuses on the work of renowned photographer Gregory Crewdson. The film follows the staging and execution of his vivid and detailed photographs, which often focus on the dark underbelly of suburban life.

"Gregory Crewdson's riveting photographs are elaborately staged, elegant narratives compressed into a single, albeit large-scale image, many of them taken at twilight, set in small towns of Western Massachusetts or meticulously recreated interior spaces, built on the kind of sound stages associated with big-budget movies. Shapiro's fascinating profile of the acclaimed artist includes stories of his Park Slope childhood (in which he tried to overhear patients of his psychologist father), his summers in the bucolic countryside (which he now imbues with a sense of dread and foreboding), and his encounter with Diane Arbus' work in 1972 at age 10. Novelists Rick Moody and Russell Banks, and fellow photographer Laurie Simmons, comment on the motivation behind their friend's haunting images." - Zeitgeist.