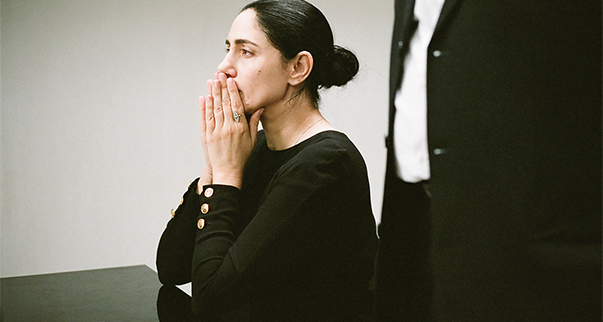 Gett: The Trial of Viviane Amsalem


“Talk about feeling trapped. In this gripping Israeli drama, a woman who has lived in a suffocating marriage since she was a teenager—she’s in her 40s now—seeks a divorce. But in Israel, matters of matrimony are controlled not by civil courts but by Orthodox rabbis. The dissolution can happen only with their approval—and the husband’s consent. With the odds stacked against her—a patriarchal social order and rabbinic law—she nonetheless pushes on. Almost all of the action transpires within a hearing room as the trio of judges admonish and advise. Shot in intense close-ups, the better to study the emotions burning off the characters’ skin, the film is all talk and gestures, but like a chase movie it begins to take your breath away.” Steven Rea, Philadelphia Inquirer.