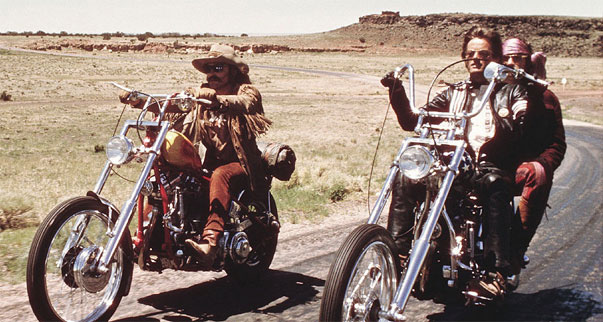 
"Easy Rider is a record of a certain time in American history, and a chronicle of a culture clash that never quite ended. But it's no mere historical document. It's a freewheeling take on freedom. Given Easy Rider's sledgehammer impact on pop culture, it's tempting to treat it as a fluke, a film that became a surprise hit because it accurately captured on film the language, the sex, the drugs, the clothes, the music. But Easy Rider also transcends its cultural moment. It's about the difficulty of escaping social conditioning and economic imperatives and sustaining a truly free life. Hopper, Fonda, and Southern don't merely validate a mythical image of life outside the mainstream. They show how tough it is to live that way." - Matt Zoller Seitz, Criterion.