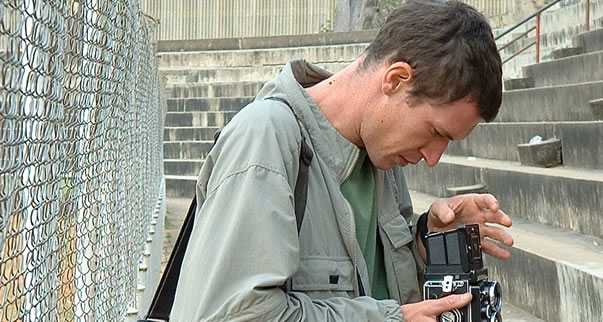 
In memoriam of photojournalist and filmmaker Tim Hetherington, who was killed while on assignment in Lybia this past April, the Culver Center of the Arts will be hosting a special FREE screening of Hetherington's self described "experimental film" Diary on Saturday May 21st at 8PM.

The 20 minute short film collages and blends sound and moving image collected by Hetherington during a decade's worth of work as a photojournalist covering political and social upheaval in Africa and the war in Afghanistan. His Academy Award nominated documentary Restrepo, which Hetherington co-directed with journalist Sebastian Junger, was screened at the Culver in the fall of 2010.