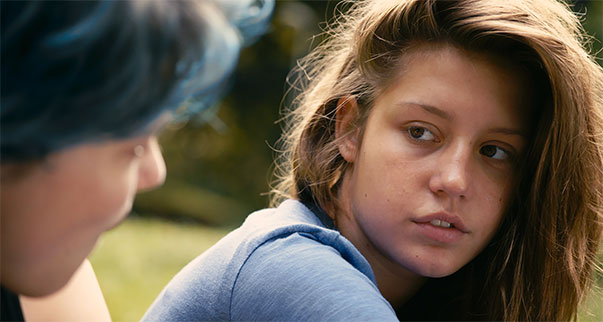 Blue is the Warmest Color


Blue is the Warmest Color is sexy, sensual and sensational: a great French film about lesbian love. Beyond the extensive sex scenes, the film is a masterpiece about intimate human relationships. Few love stories in cinema have so thoroughly catalogued the minutiae of a relationship. It helps that the film runs just a minute short of three hours. The characters are allowed to express themselves fully. They talk extensively following in the French New Wave tradition. Unlike most American movies, they plumb complex matters: philosophy, politics, education, art history, the business of art, fidelity, the challenges of same-sex relationships. And the film’s technical prowess helps in this process: the film is near- perfection in its construction.” Bruce Kirkland, Jam! Movies.