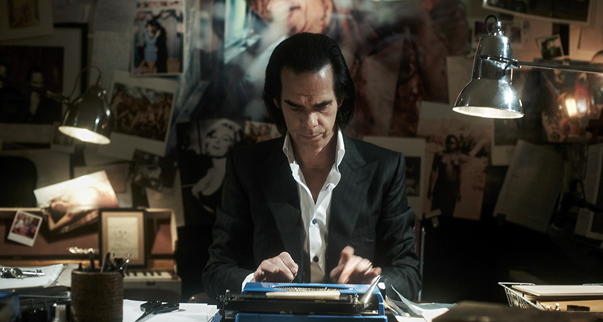 “It takes about two seconds or so to realize that the masterfully crafted 20,000 Days on Earth will not be your typical 97-minute day at the movies. The wildly imaginative tour de force opens with an intense, lightning-quick series of images from the life of musician and cult hero Nick Cave, taking us on a time-traveling montage that leads to the Australian rock star’s 20,000th day — roughly 55 years. This is the day in which the normally elusive Cave is going to allow us to follow him around on a semi-real, semi-unreal adventure. As fate (or excellent planning) would have it, he has some darn good songs to sing and a lot of interesting things to say, particularly about the creative process. It’s right up there with the best rock documentaries. That is, if you can call it a documentary.” David Lewis, SF Gate