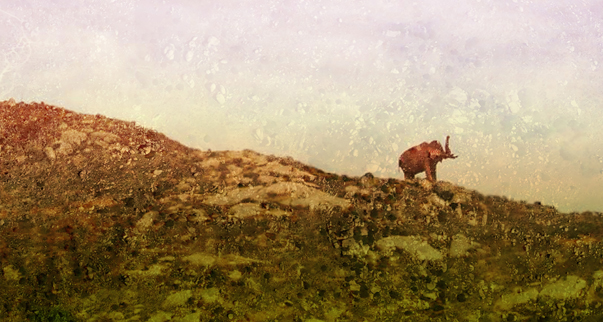 Jurupa is a video installation/music project specifically produced for the Culver Center Digital Mural Project series. It features an abstract montage of colors, textures, natural and structural elements that are inspired by the landscape in and around the Jurupa Hills of Riverside County. In addition, the artist has composed experimental music to accompany the visual imagery of this project. Chatkupt will be performing a live score in adjunct to the video on June 27 at 7 PM. The event is free and open to the public.

The Culver Center Digital Mural Project 2015-2016 series is curated by Jennifer Frias, Associate Curator, Sweeney Art Gallery at UCR ARTSblock.   The Culver Center Digital Mural Project at UCR ARTSblock's Culver Center of the Arts presents a series of changing projects on the two screens inside the façade's glass kiosks that face the pedestrian mall. These projects are an opportunity to extend ARTSblock programming into the public space.   UCR's College of Humanities, Arts and Social Sciences (CHASS) and the City of Riverside have provided support.