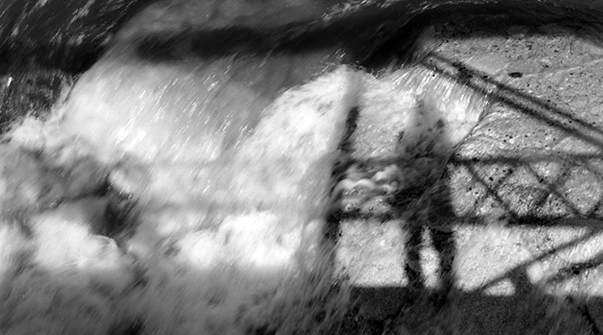 
I have been photographing the 96-mile-long Santa Ana River and its expansive watershed for over two decades. My work is intended to create a contemplative space where one can sense the subtle and profound connections between themselves, the natural world and our constructed settings. My often disquieting photographs address complex environmental and societal issues and reflect upon my various ideas concerning my/our relationship with the river -- as place of community, economic resource, recreational site, natural habitat, sanctuary, and both source of life and destruction.

'Paving Paradise', which is the working title I have used for this project, refers to the current state of the river and the conflicting terrain of natural riverbeds and dams, flood plains and tract home communities, riparian wetlands and concrete channels. I was first drawn to the Santa Ana because of its natural beauty -- the vast open landscape, the starkness of its often-dry riverbeds and the power of its occasional rushing waters. The river remains a source of creative inspiration as I continue to depict the critical role it plays within the region, my home since 1975.


Self Portrait with the Santa Ana River, 1993