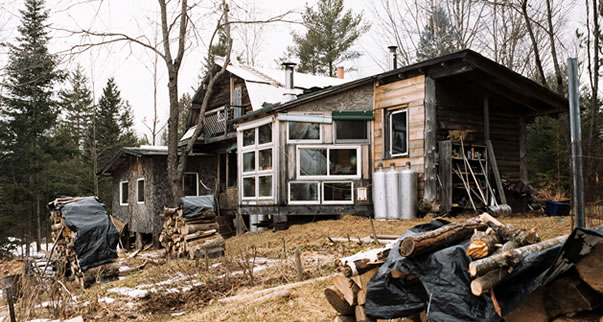 Off the Grid & (-Americans)


In the photo series Off the Grid and (-Americans), Keliy Anderson-Staley uses the conventions of portraiture and landscape to raise questions about representation, individuality and the many ways photography has shaped notions of identity from the 19th century to today's digital age. In (-Americans) Anderson-Staley uses the wet plate collodion process to capture her sitters both individually and in couples. By utilizing the same antique process made popular in the 1850s and 1860s, when many believed that photography could scientifically record and catalogue a person's racial or ethnic identity, Anderson-Staley probes technology's claim to absolute objectivity. In Off the Grid, she focuses on the construction of place, using digital technology to capture how communes, communities, and collectives form identities from alternative or traditional philosophies.