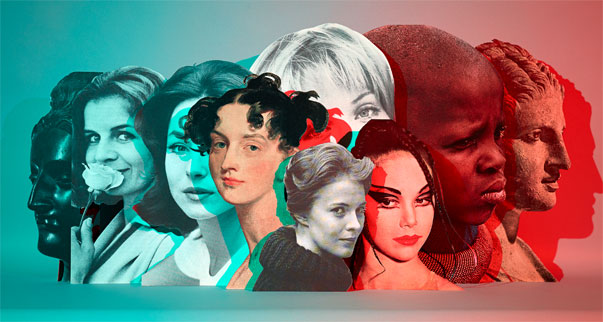 
For over a decade, Lipps has been developing a photographic process that involves cutting out images from publications, arranging them in sculptural still lives, re-photographing the arrangements, then printing the image several times larger than the original objects. This process, while decidedly hand crafted, evokes digital and contemporary ideas of appropriation, montage, and the evolving nature of photographic technology.

In HORIZON/S, Lipps focused on source material from the American arts and culture magazine, Horizon, which debuted in September 1958. The publication provided a popular visual platform, disseminating various art historical narratives, especially the grand arc of Modernism. Focusing on the first decade in print, Lipps carefully cut out images from vintage issues and curated these selections into unifying groups that betray the original context and meaning of source imagery. These groupings are then lit and re-photographed into complex tableaux that rupture historical and cultural narratives about how we relate to images, artifacts, and the collections that help us interpret them.

HORIZON/S is Lipps's first solo museum exhibition and the first time that the entire HORIZON/S body of work has ever been exhibited together. MattLipps: HORIZON/S is organized by UCR California Museum of Photograhy, and curated by UCR ARTSblock Exhibition Designer Jeff Cain.