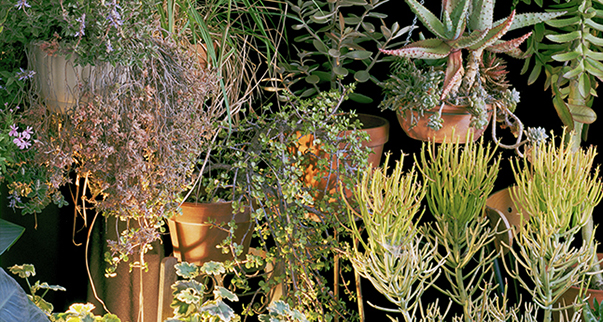 
Flash! contemporary art series presents House Party (2013) from Anthony Lepore's photographic series “Nocturne” (2012-13). One unifying thread throughout the series, emphasized by the title, is a black backdrop upon which staged scenes are captured. The artist’s sculptural treatment of commonplace objects and his own household plants serve as uncanny meditations on his relationship to nature within a domestic setting. House Party depicts a set-like interior space, a scene at once evoking quotidian reality and a dreamlike artificiality.

Flash! contemporary art series features single works made within the last year. The exhibitions are presented on the third floor of the CMP. Flash: Anthony Lepore is the sixth exhibition in the series. 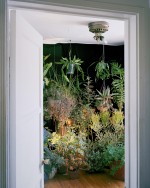