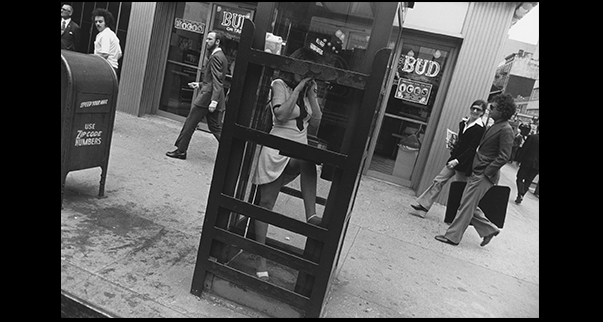 *of a male chauvinist pig
This exhibition reconsiders Garry Winogrand's "Women Are Beautiful" (1975), a set of 85 photographs culled from the hundreds Winogrand shot of women in public places between 1964 and 1973. Initially bearing the controversial subtitle "Observations of a Male Chauvinist Pig," Winogrand's book struggled to find a publisher and then withered in the light of feminist critique once it appeared. Confessions* of a male chauvinist pig aims to reorganize the photographs into a critical exhibition that places the project in the context of the turbulent 1960s, at the nexus of gender relations buffeted by the conflicting terms of the sexual revolution and the women's movement.

Confessions* of a male chauvinist pig is organized by California Museum of Photography at UCR ARTSblock, and is guest curated by graduate students from the Departments of Art, History of Art, and Public History: Andrea Brown, Leann Do, Chelsea Herr, Leslie Paprocki, Ana Ramey, Kaelyn Rodriguez, Nicolette Rohr, Carolyn Schutten, Megan Suster, and Margaret Wallace, as advised by Susan Laxton, UCR Assistant Professor of the History of Art.